School of Thought? Completed it

Our Junior Creative, Mike, competed in School of Thought last year. Take a moment to read his blog and learn more about his experience and what he learnt from the process.

First of all, why did I apply?

Well, the main reason behind why I applied for School of Thought was that I wanted to get better at creating ideas. I also wanted to improve my presentation skills to get better at presenting my ideas in front of an audience. The course itself was purely ideas based, which meant the final execution wasn’t needed. This was perfect for me, as I didn’t need to think about the design, style or anything else other than the core idea. Before the course, I thought my ideas were never good enough, so you could say I had a real confidence issue. Which, looking back, was definitely my main driver behind pursuing a place in the competition.

Another factor that motivated me to enter, was seeing how much my colleague Mel (the 2018 winner of School of Thought), had learnt and grown from the process. Everyone at Absolute also encouraged me to apply. They thought I’d benefit from the challenge and believed I had the ability and skill to impress. I guess I also just wanted to challenge myself. I wanted to learn everything and anything I could from the course, so that I could develop as a graphic designer here at the agency.

What I thought of School of Thought.

I remember finding out I’d got onto the course, and it was a real shock, but it was also a big confidence boost. It was this moment that I became determined to put everything into the course, to ensure I got the best I could out of it.

The first night we got asked to present our application idea it was an eye opener to see everyone’s way of thinking! To see how differently we all approached the brief. There was so many ways to answer! You could say I was waving the flag for all the graphic designers out there, as I was the only one amongst a sea of copywriters and people who worked in (or wanted to get into) advertising.

This meant that everyone tackled the brief from an angle that worked for them, and seeing each presentation gave me ideas on how else I could approach the brief. Over the 8-week course, each brief tested a different aspect of design, so some weeks felt more comfortable than others - which I expected! No challenge is easy, right? But I did really enjoy the weeks with areas of design that I’d never touched on before, like the TV or Audio briefs.

What I’ve learnt from School of Thought!

Now the competition has come to an end, I’ve learnt that the creative industry is much more of an opinion-based industry than I first realised. I routinely ran my ideas past the team at Absolute and anyone I could speak to before I was due to present, and I always received a mixed bag of responses. As the weeks went by, I learned my most valuable lesson; to present any idea I had, no matter how crazy it was. Which leads me to the following statement - there is no such thing as a bad idea! Others might see something that you can’t see yourself.

Of course, I say that now, but each week I was a bag of nerves when it came to presenting my ideas. I was terrified! Although, my feedback was that no one could ever tell that I was nervous. This surprised me because I was absolutely bricking it! Maybe this just means I have a good poker face? I can honestly say now it’s over, that I do have more confidence presenting, which is exactly what I wanted to get out of the process.

If you had asked me before I submitted my entry if I expected to be given a place on the course, I’d have told you there’s no chance I’ll get on. So, when I did find out I’d been accepted (much to my surprise), I never really considered it a competition as such. On reflection, yes, I might not have taken the title for 2019, but I’m still a winner. Why’s that? Because now I can come up with new ways to produce ideas and I’ve also gained a greater confidence in both myself and through presenting. Plus, did I mention I won a Bullshit Award for best brief one week?

But there’s more to learn…

Overall, it was an enjoyable experience, only having to focus on the core idea. Even if having a full-time job and working on School of Thought meant having to make some sacrifices. The biggest one for me, was having to quit being a coach for UCLan’s American Football team, in order to dedicate enough time to the process! And that’s without mentioning the amount of sleep I missed out on… But with that being said, if you’re looking to better yourself as a creative, I’d definitely recommend applying. So, if you’re interested in giving it a shot, keep an eye out for other future courses! A secondary course has recently been launched in Leeds, due to the popularity of School of Thought!

I’ve still got a long way to go, but School of Thought has been a good kick start to my career and been really worthwhile - I’m proud of how much I’ve developed since entering.

Take a look at some of my favourite ideas over the course of 8 weeks at School of Thought.

Proposition: Treat your taste buds to something different 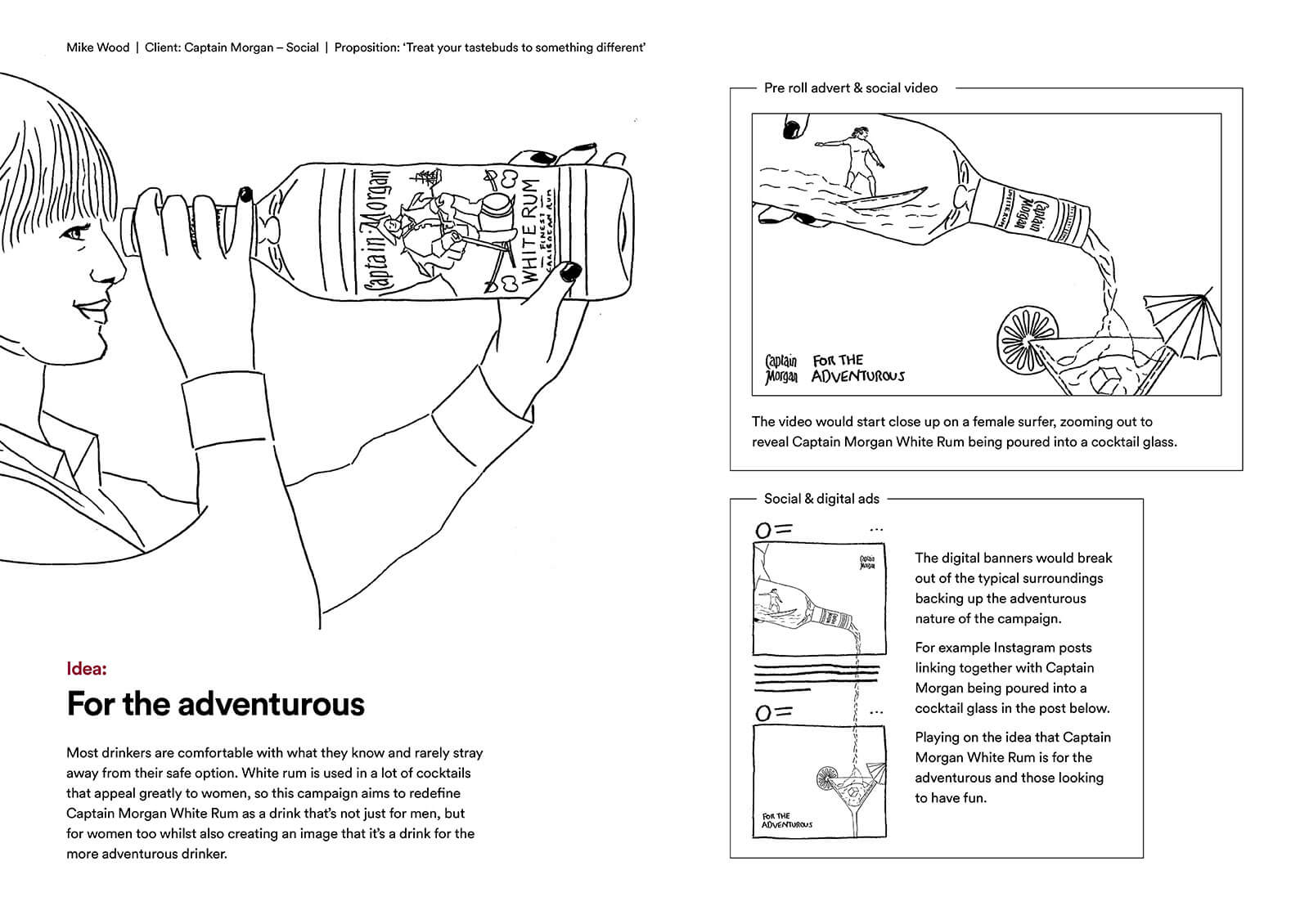 Proposition: Now anyone can be an astronaut

Medium: Out Of Home 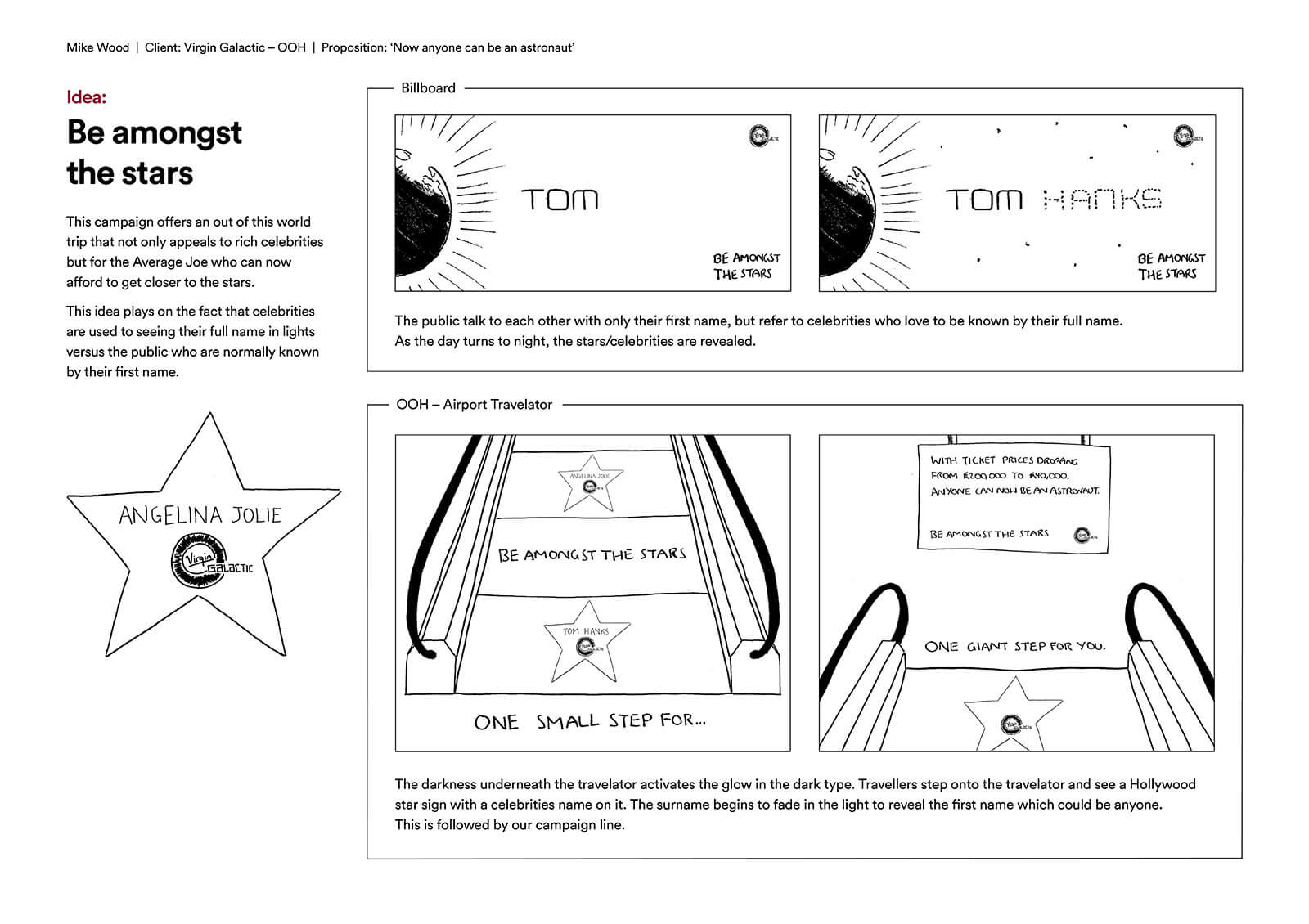 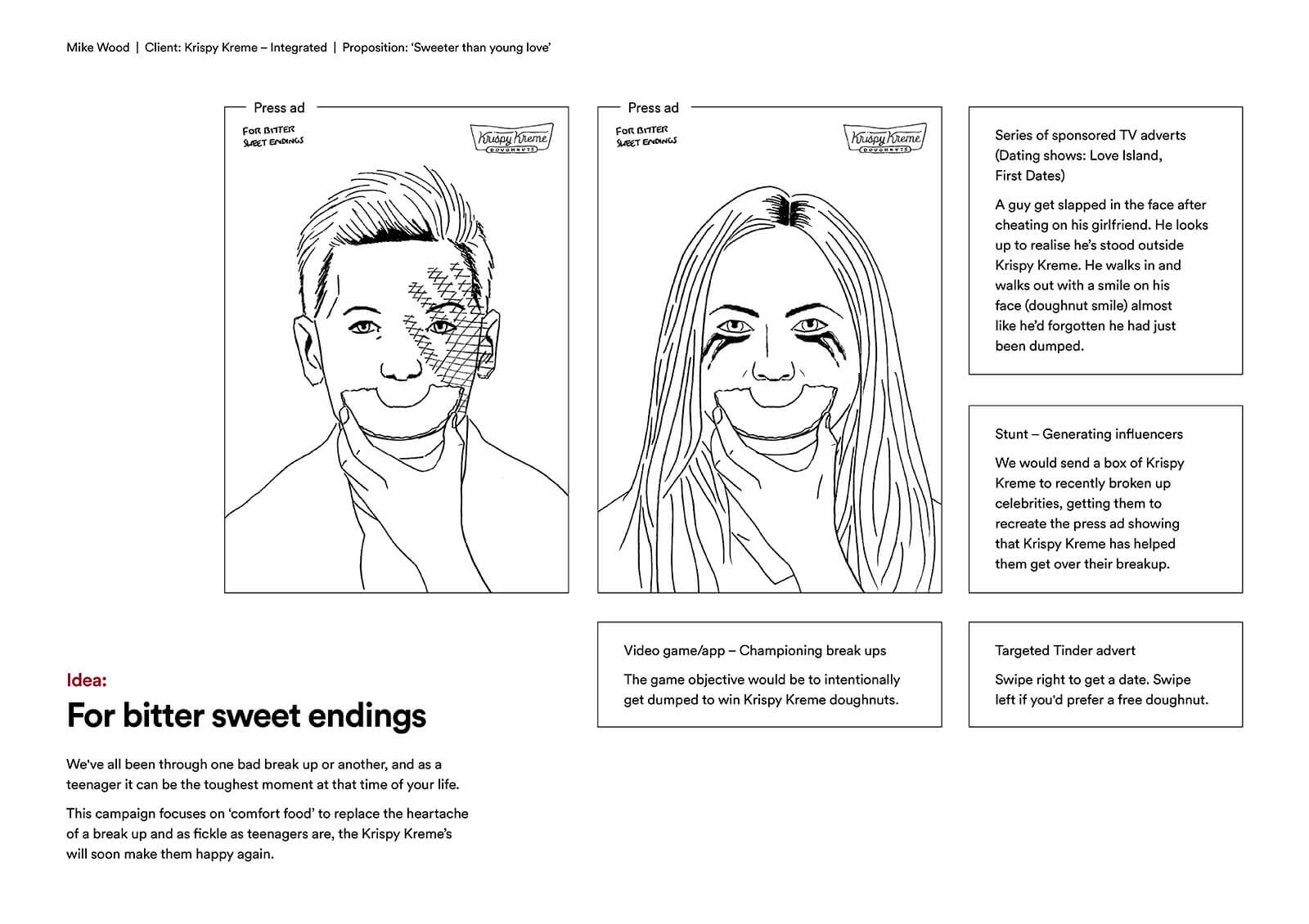