Last year I saw the Edgeconf website and as the speakers came rolling in I knew this was going to be special. Edgeconf isn't your run of the mill conference, for one, the last conference I attended cost around £600, lasted 2 days and was during the week. A big cost for most businesses, especially if you're sending a team.

Edgeconf was a fraction of the cost at £50 and on a Saturday, much more affordable.

However, there is a drawback, tickets were limited, I'd guess there were around 150ish people, so unfortunately not everyone who applied for a ticket would have been able to attend.

It felt there was a good mix of people from various places in the industry and using Google Moderator allowed for people to ask and comment on questions, as well as mark up or down existing questions.

The communication up to the event was great via regular updates on Twitter and a clear schedule laid out on the site as well as the panellists. 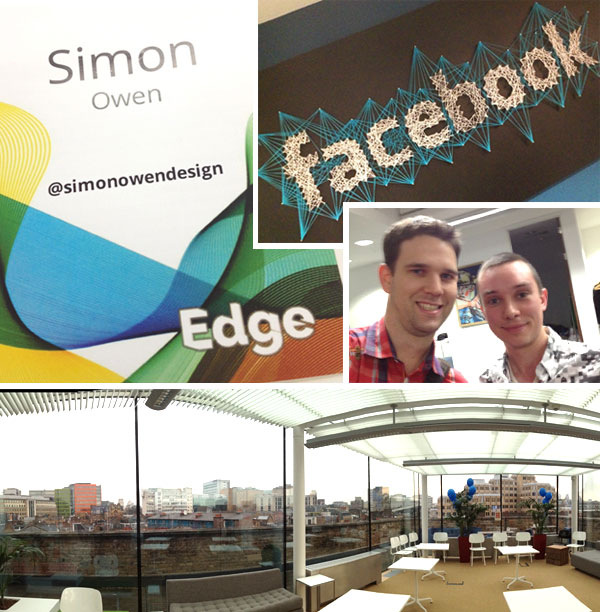 On arriving at the Facebook office in London, I was greeted by Jackson Gabbard who I recognised from the Edgeconf site, his description had some interesting links! 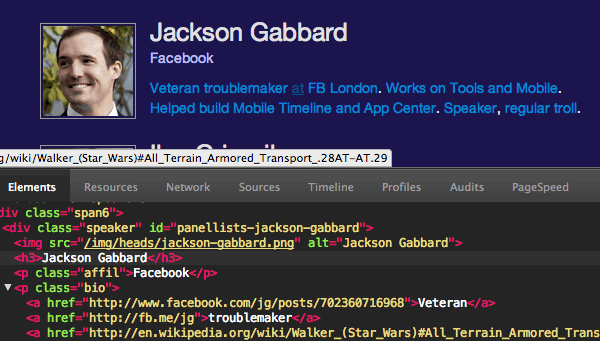 He pointed me in the direction of a much needed coffee and a nice platter of fruit and assorted pastries for breakfast as well as a great view from the Facebook office. Then I met the main organiser Andrew Betts and his trusty companion Shadow (the dog).

The WiFi was super quick and didn't lose connectivity once, considering how many people were probably connected to it this was great. I found it useful to keep an eye on the Google moderator questions and the Twitter feed to view other people's opinions.

On With The Show…

The conference was split up into 7 different topics:

Andrew Betts kick started off the conference and introduced Jake Archibald for the first talk.

I've seen Jake do a few talks before online and with a common interest in humour and gaming I was looking forward to not only learning, but being highly entertained along the way. He didn't disappoint with his 'Bear, blades, bees and Downfall analogies' (you need to see the video!).

In network it was mentioned that 2g and 3g will still exist for another 10 years or so and it's going to be important to provide for these. An interesting fact as well that I didn't know, was in some cases even if a radio on a device is turned off, the connection can be maintained, interesting to know for event source, websockets and battery conservation.

Also mentioned in this topic was WebP, an image format for the web that had passed me by and looks interesting.

Can't remember who said this, but wrote down in my notes a great quote:

"We need to measure and if we can't measure, we need to find a way to measure."

Responsive layout is something at Absolute we've been focusing on recently, it seems there's a lot of 'buzz' surrounding this, if you're unfamiliar with this, hopefully my last post will help you out. The main issue addressed for me is 'media queries'. Yes, they're helpful and we can set breakpoints based on a viewport width, but is this really the best solution? George Crawford from FT Labs gave a great demonstration, although using JavaScript it was great to see the approaches used and considerations that had been taken into account.

Boris Smus from Google wrote an article on his blog Mouse Touch Pointer and created pointer.js. Something we're factoring in more and more at the early stages of a site build is how people will interact and use the site across multiple devices and input often gets a mention.

Mobile devices are heavily on the increase and setting to overtake desktop computers for browsing the web. With this in mind it's important to consider the experience for the user, for example hovering a mouse over an element simply isn't possible on a touch device. Another interesting topic raised was that there's now more ways people can interact with devices such as tilting, motion tracking via a webcam, using a track pad to detect multiple gestures. But again with these new inputs available, firstly how do we detect them and deliver the best experience and what fallbacks would be required for devices that don't have a particular feature.

Privileged access is something that I'm not really familiar with but again was interesting and raised some issues that I'd not really thought about before. With apps, some go through Apple, some Android, some are purely web based, but wouldn't it be great if they worked a like. There's restrictions with web based apps in that not everything is possible to gain access to that's native to a phone. Although this is improving, if you've viewed the http://www.findyourwaytooz.com/ on a mobile device, you'll have seen that it's possible to grant access to the camera on your phone to interact with the site. 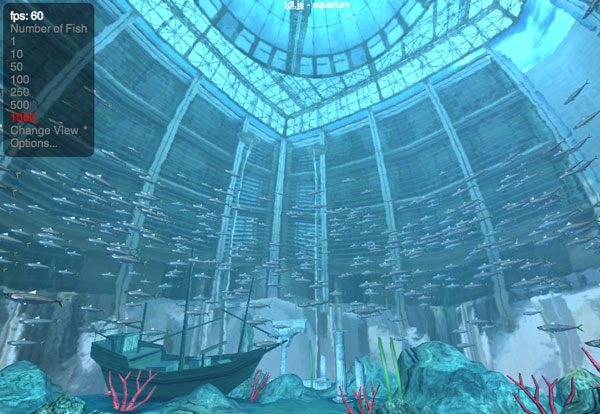 Testing and tooling, could quite easily lend itself to another blog post. I'm always looking for ways to improve testing on mobile devices, I managed to get LiveReload working with devices on our local testing environment and have them automatically update which is a nice time saver. What I'd really like to do is be able to move my mouse from my computer into the device and inspect elements that then show up in Chrome Dev Tools.

Not really sure how much I'm allowed to say, but Remy Sharp is working on 'something'. Spoke to him regarding it and it all sounds sweet, hope he pulls it off and gets it all up and running. Web hero Paul Irish gave a 'fun lightning talk' on webapp tooling, showing some awesome things with 'fishes' amongst other things. Paul is a complete legend amongst the web community if you've browsed the web for any given amount of time, you've more than likely downloaded some code that Paul's wrote or been involved with.

A great end to the conference, Andrew showed how much money was raised, where the money went and the remaining £3000 was donated to http://www.codeclub.org.uk/.

Thanks again to Andrew Betts for organising the event, Facebook for hosting and Google for filming and transcribing the conference. Looking forward to taking what I've learnt and applying it to our work at Absolute.

If you'd like to view the videos from the conference you can find them all online here.

A highly enjoyable and motivating conference, I'm looking forward to watching over the videos again, hopefully Andrew will organise another Edgeconf, that I'm confident will be as equally successful.